Stories of families and apples, at the heart of Artisans at Work

From the first plantings in the gardens of religious communities under the French Regime, through the constant introduction of new varieties and the modernization of what would become an industry in the 19th century, apple trees have adorned our landscape. Quebec is an apple country. In 2020, there were 465 specialized companies and a hundred or so orchards open for U-pick. “Going to the apples” is part of the tradition, as is the big family picnic in the orchard that completes the activity.

Like blueberries, corn and maple syrup, apples are part of our list of identity foods. Its use meets, in many respects, the definition developed by the ÉCONOMUSÉE Network Society, which is working to clearly define the concept of culinary identity. It is an edible resource whose importance is no longer in question, which is part of a seasonal practice and which has given rise to numerous dishes. On the plate: pies, compotes, jellies; in the glass: juice, cider, alcoholic drinks (gins and vermouth have appeared more recently). Almost everywhere on our territory, families continue to keep the tradition alive, sometimes for several generations.

In 1737, the Pedneault family settled in Isle-aux-Coudres. In 1918, they planted a large orchard. As their observation of the temperatures led them to believe that the island had a microclimate, they ordered trees from Oka, planted them and multiplied them (even today, one can find these old varieties, reproduced for a century). At the end of the 20th century, Michel Pedneault promised his father that he would ensure the future of the apple orchard. The growth of local production, the interest in alcoholic beverages, the vogue for agrotourism and a constant work will do the rest. Today, Vergers Pedneault markets 80,000 litres of beverages (with and without alcohol) containing a lot of apples! The Economusée du cidrier, created in 2003, tells the story of the orchard and of the family and insists on the importance of preserving old specimens. Éric Desgagnés, co-owner and Michel’s nephew, says that diversity is what characterizes the Cidrerie et Vergers Pedneault: “We focus on a wide variety of fruits and products, rather than on volume.

In Hemmingford, Montérégie, Robert and Joëlle Demoy are pioneers in cider making. In 1989, the Crémant de Pommes from the the Cidrerie du Minot  became the first artisanal beverage from Quebec to be sold at the SAQ. And Robert was one of those who actively campaigned for a reserved designation. Today, two of their ice ciders are certified by a Protected Geographical Indication (PGI), which recognizes the specificities of the terroir and the know-how of the artisans. For the future, their children Alan and Audrenne want to make their history and that of cider better known. Audrenne explains: “We already have a small museum, the Grandfather’s Cider Factory, where there is a family press dating from 1850, as well as traditional Breton equipment. Becoming an economuseum will allow them to further showcase this great apple-growing region and enhance the visitor experience: “Once things are back to normal, after the pandemic,” she concludes hopefully.

To find out more about the Artisans at work throughout the network, with a wealth of know-how that has endured and evolved over time, click here.

This project was funded by the Ministry of Agriculture, Fisheries and Food. 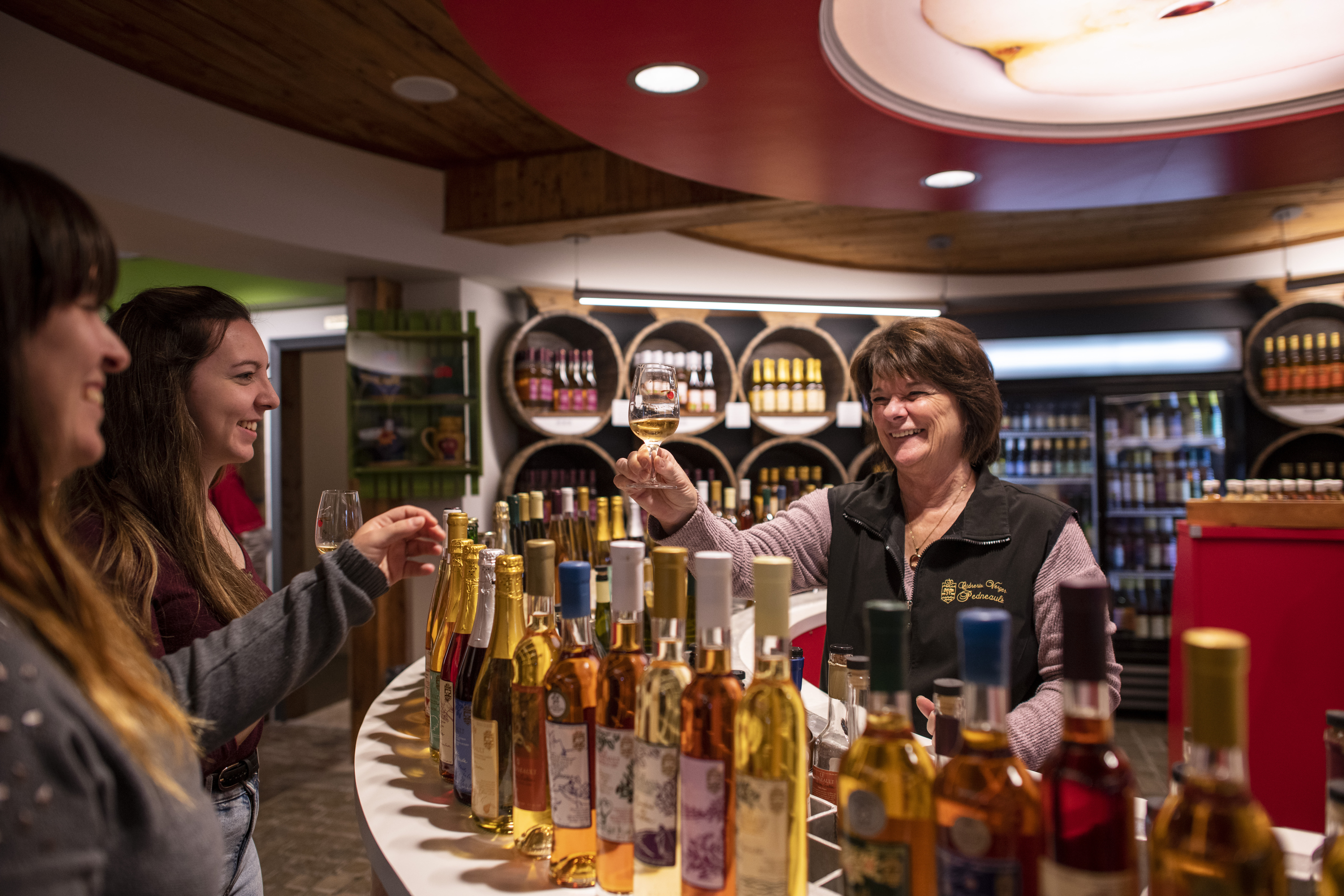